Reclaim Community is seeking contractor bids on the Bauman Hall (Jasper, MN) Rehabilitation Phase II project. Bauman Hall was originally constructed in the 1880s and moved to Jasper around 1908. Information on the building, its structural concerns and proposed solutions can be found in the conditions assessment report at www.QuestCDN.com, Project #8150124.
Contractor walk-through is Friday, April 1, at 11:00 am at Bauman Hall, 201 Wall St., Jasper, MN 56144. Bids are due by Friday, April 15 at 2:00 pm, when bids open virtually. Contractor selection will be held on April 16.

Updated Photos below Oct. 31, 2022: Equity Builders of Prior Lake, MN is making steady progress on this very critical historic asset.

Why Are We Saving This Place?

Simply put?
Most people have no idea that Bauman Hall/ Sacks Grocery is very unique specifically because the stone did not come from the Jasper  Stone Company or Staples quarries in town.  Instead, this building was originally constructed as a hotel for quarry workers and stonecutters- who were often moving between job and quarry sites in the region.
Bauman Hall is the only remaining building from one of Pipestone County’s ghost towns built between 1891-1893 to serve as a hotel for quarry workers stonecutters- who were often moving between job and quarry sites in the region at a short-lived group of quarries about 3 miles NE of Jasper near Ihlen State Park.
Upon closer examination you will notice this building’s stone is a more reddish evenly colored deposit and has none of the distinctive pale pink moons that come out of the Jasper Stone Company.
It has the distinction of being one of the buildings that was reconstructed/ rebuilt of recycled materials in Jasper, much like the Gerber Hospital 3 blocks east of Bauman (which was rebuilt from stones from the Poorbaugh Building’s twin that used to stand where Memorial Hall now sits.)
North Sioux Falls was established as a post office in 1891, and a spur rail line was built to Trosky, and the erection of this hotel in 1892-1893 helped it grow, but it couldn’t compete with neighboring Jasper and by 1889 it was abandoned, and then sold, dismantled, and rebuilt stone by stone in its current location. While townsite moving was common in the Dakota Territories, rarely were masonry buildings  moved.
Henry Holvig purchased it in 1907 for $500, deconstructed it and reconstructed it on Wall Street to house his mercantile, and the second floor became a performance hall named after the subsequent owner Fred Bauman.
The opera hall on the second floor served as a site of many graduations, plays, holiday celebrations and traveling performers, where thousands of names and dates have been scrawled in the wings of the stage during its active period of 1908-1939.
The original pressed metal ceiling is still in place at the first floor, as well as the rear fire doors and entrance to the second floor, and all of these doors will be preserved and repaired according to the NPS Standards for the Treatments of Historic Properties .
Following the construction of the wing housing the auditorium, home ec and wood shop  on the Jasper School, the opera hall fell into disuse and disrepair.
The first floor served as Sacks General Store  and Grocery into the 1970’s.
We are so pleased to watch this transformation take place as we have been able to make the first real investment into the building since the historical society’s $80,000 grant in 1981.
We will be launching a capital campaign shortly to help us cover some extra contingency costs and interior and facade restoration. Stay tuned! 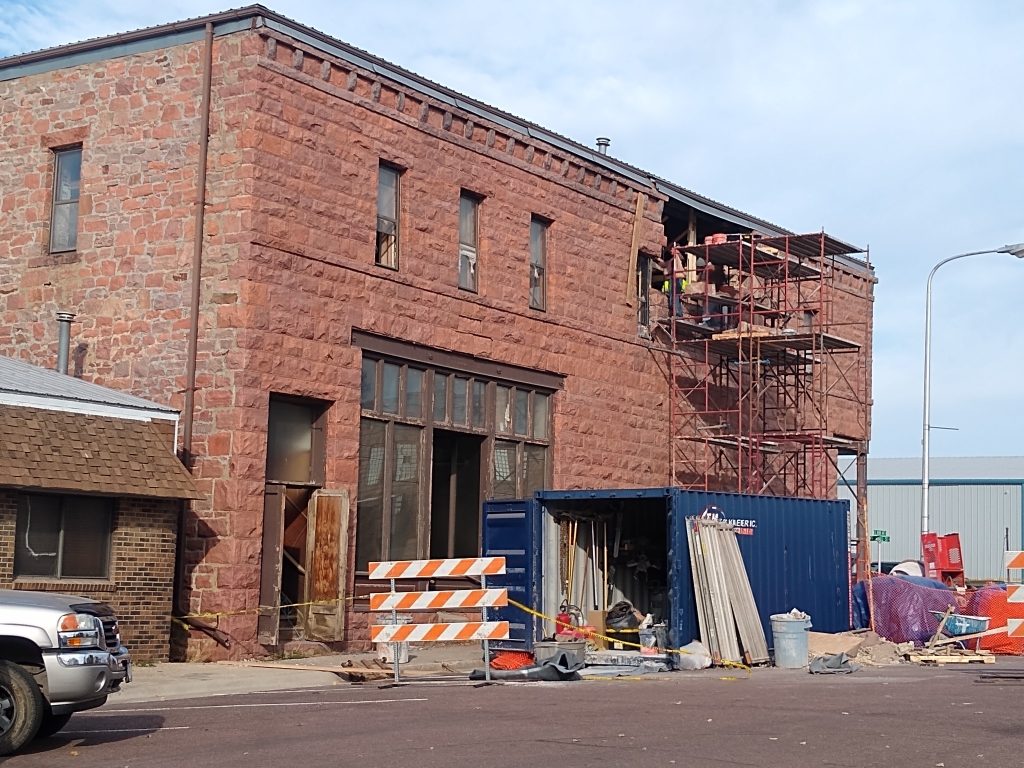 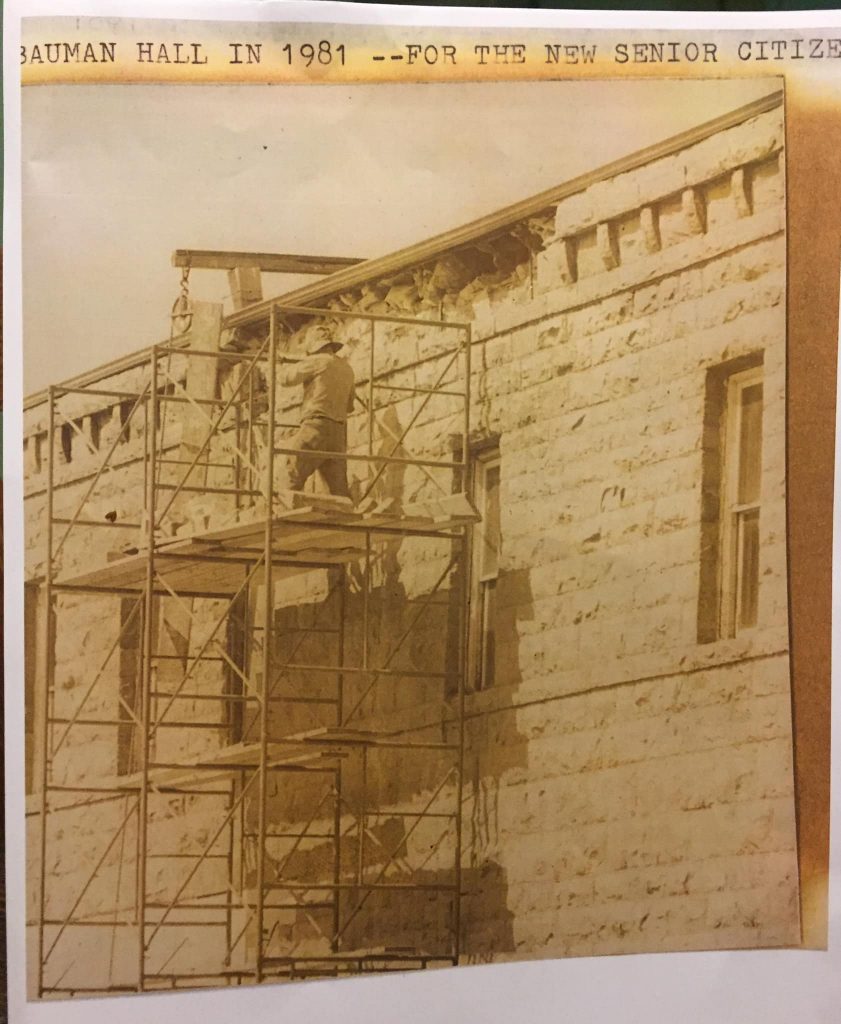